Who were the Vikings?

Historians regard the Norsemen attack on the abbey on Lindisfarne, 8 June 793 as recorded in the Anglo-Saxon Chronicle, as the beginning of the Viking Age. This event marked the beginning of a new era during which warriors from Norway, Sweden and Denmark struck fear into the hearts of people stretching from Western Europe to Baghdad. But Vikings were more than mere pillagers. They were sly merchants, seasoned sailors and masterful craftsmen and shipbuilders. The word for Viking comes from Old Norse víkingr meaning seafarer.

The name Viking did not imply one’s ethnicity, but rather their profession – any freeman could become a Viking, be it their wish or out of necessity, and subsequently climb the social ladder, gather a fortune and so on.

Viking raids took place along major European rivers – Rhine, Seine, Loire – all the way to Paris. Paris was pillaged during Easter in 845; the King of France had to hand over 3150 kg of silver to the uninvited guests to get rid of them. The Viking chief decided to take a piece from the city gate with him as a souvenir. Over the years Vikings took up the habit of spending winters at their newly conquered lands, prolonging raids to last years. In time, some Vikings who had stayed in Normandy, Ireland and Northern England picked up the local language and culture and abandoned their roots.

The Eastern Vikings or Varangians sailed across the Baltic Sea and south up the major rivers in Russia. It was called the Eastern Way or Austrvegr.  This trading route led straight to the world’s wealthiest cities back then: Byzantine Constantinople (now Istanbul) and Baghdad, capital of the Abbasid Caliphate. The Vikings managed prove their worth to the Byzantines – even the emperor’s bodyguards were Vikings. Thanks to the Byzantines keeping detailed records we know from their names that some of these bodyguards were of Finno-Ugric and Baltic descent.

From folklore and old Russian chronicles we know that the Eastern Vikings from Sweden founded the state known as Kievan Rus’, which included the city of Kyiv. The presence of a Viking upper class in Kyiv is confirmed by numerous uncovered Norse burials.

Vikings and the island of Saaremaa

Researchers have divided Estonia into two clearly distinguishable cultural areas: Coastal Estonia and Continental Estonia. Coastal Estonia comprised North Estonia, the West Estonian archipelago and the continental part of West Estonia up to Pärnu River in the south. Continental Estonia comprised the counties of Tartu, Viljandi and Võru or South and Southeast Estonia. Between the two divisions there were nothing but dense forests and bogs, where archaeologists haven’t found traces of permanent habitation.

Viking era Saaremaa was called Eysysla in Norse sagas, which meant both Saaremaa and Hiiumaa, although there have been fewer prehistoric findings discovered in Hiiumaa. Saaremaa was situated at the start of the eastern trade route and control over it helped strengthen the economy, which is evident from the multitude of archaeological findings.  The most important export from Saaremaa was iron smelt from bog ore, which can still be found in Tuiu.

The naval might of Saaremaa grew to be immensely strong, attested by Henry of Latvia in his Livonian Chronicle stating that the navies of Saaremaa and Courland are the most feared naval forces on the Baltic Sea.

The Danish interest in the lands of Saaremaa derived from their need for a strong naval tradition and knowledge.

Settlements and fortresses on Saaremaa developed according to the locations of farmlands and nearby seaports. The fortresses in Pöide and Asva are the only fortresses from that era that are known. These were presumably governed over by the local elite with their own customs and laws and were a resting stop for travellers.

Historians estimate that Saaremaa experienced its golden era during the 12th century, when Viking raids and trading voyages had stopped and Saaremaa became much more influential in military affairs on the Baltic Sea. It is believed that warriors from Saaremaa played an important role in the notorious Pillage of Sigtuna, a major city in Sweden. It is also believed that warriors from Saaremaa led the conquest to take back the city of Tartu from the forces of the Grand Prince of Kievan Rus’ and the Battle of Pskov. 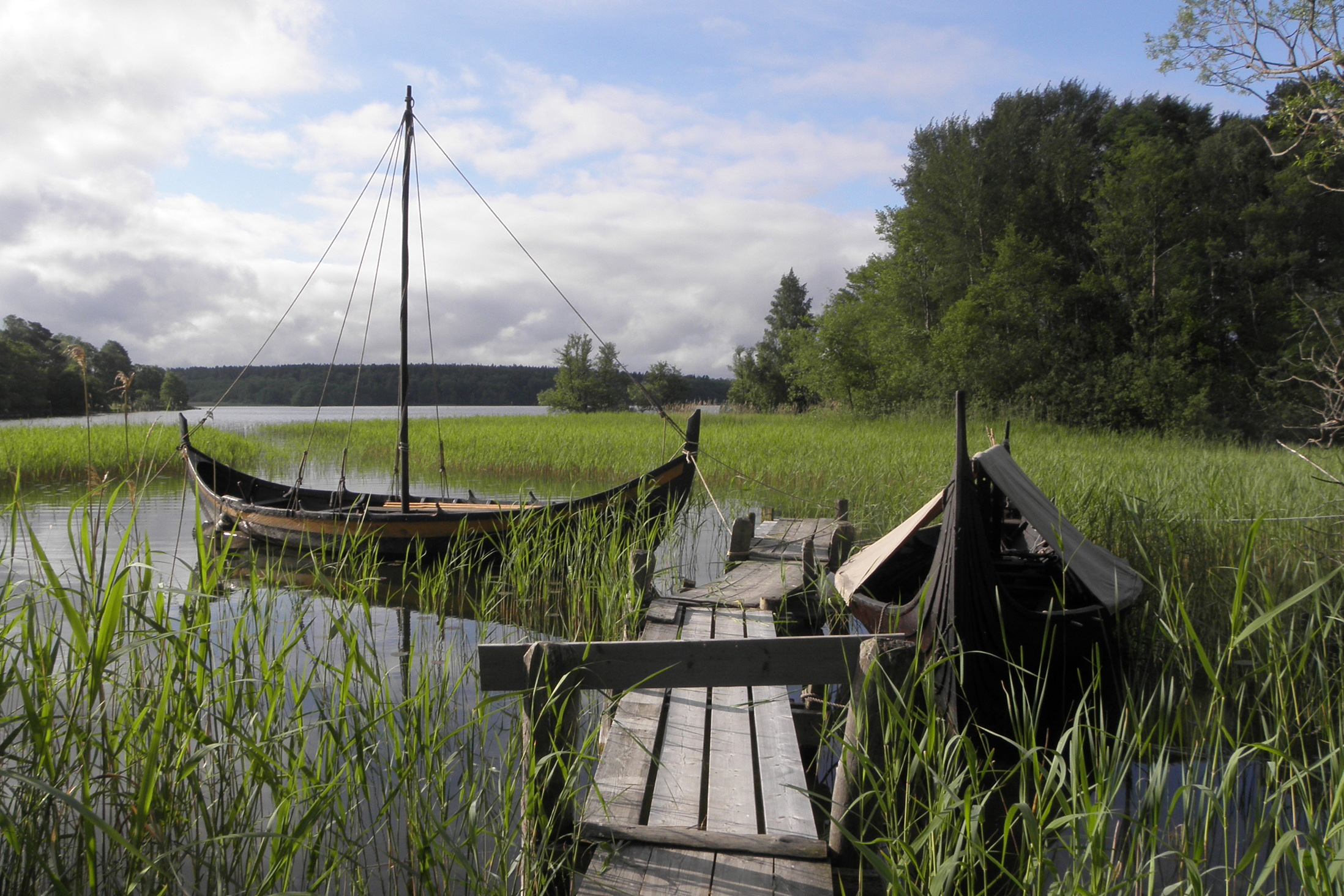 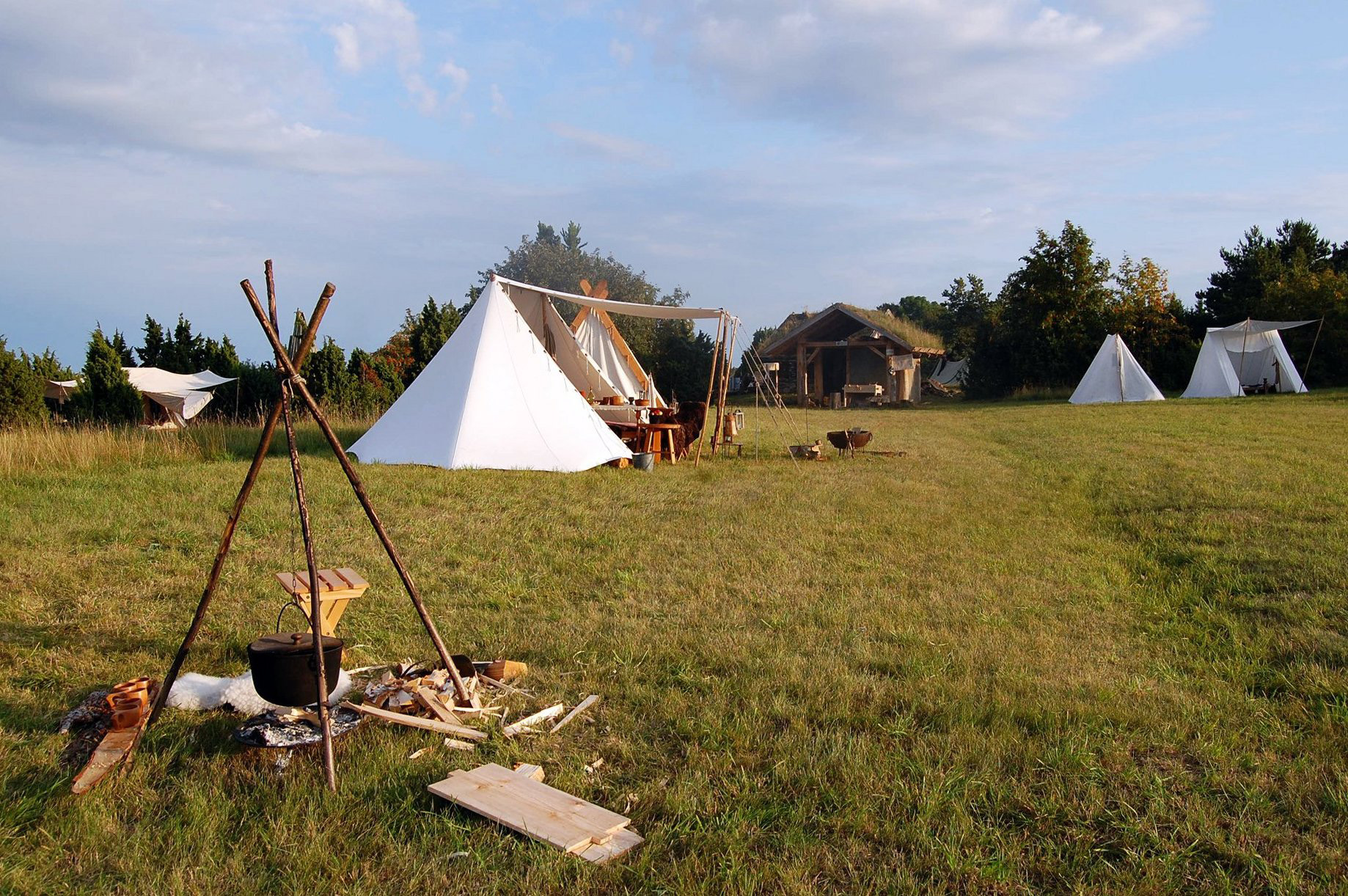