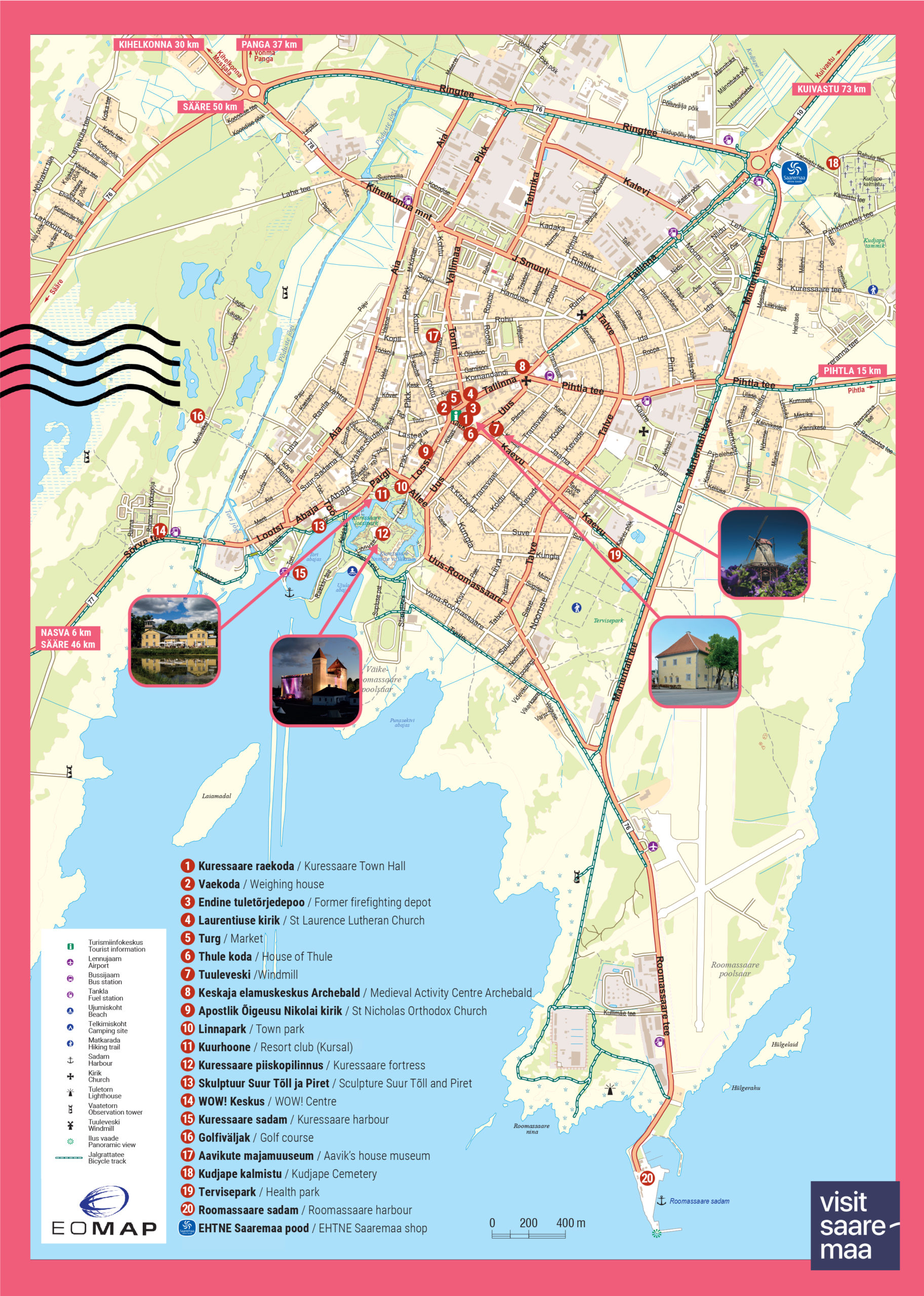 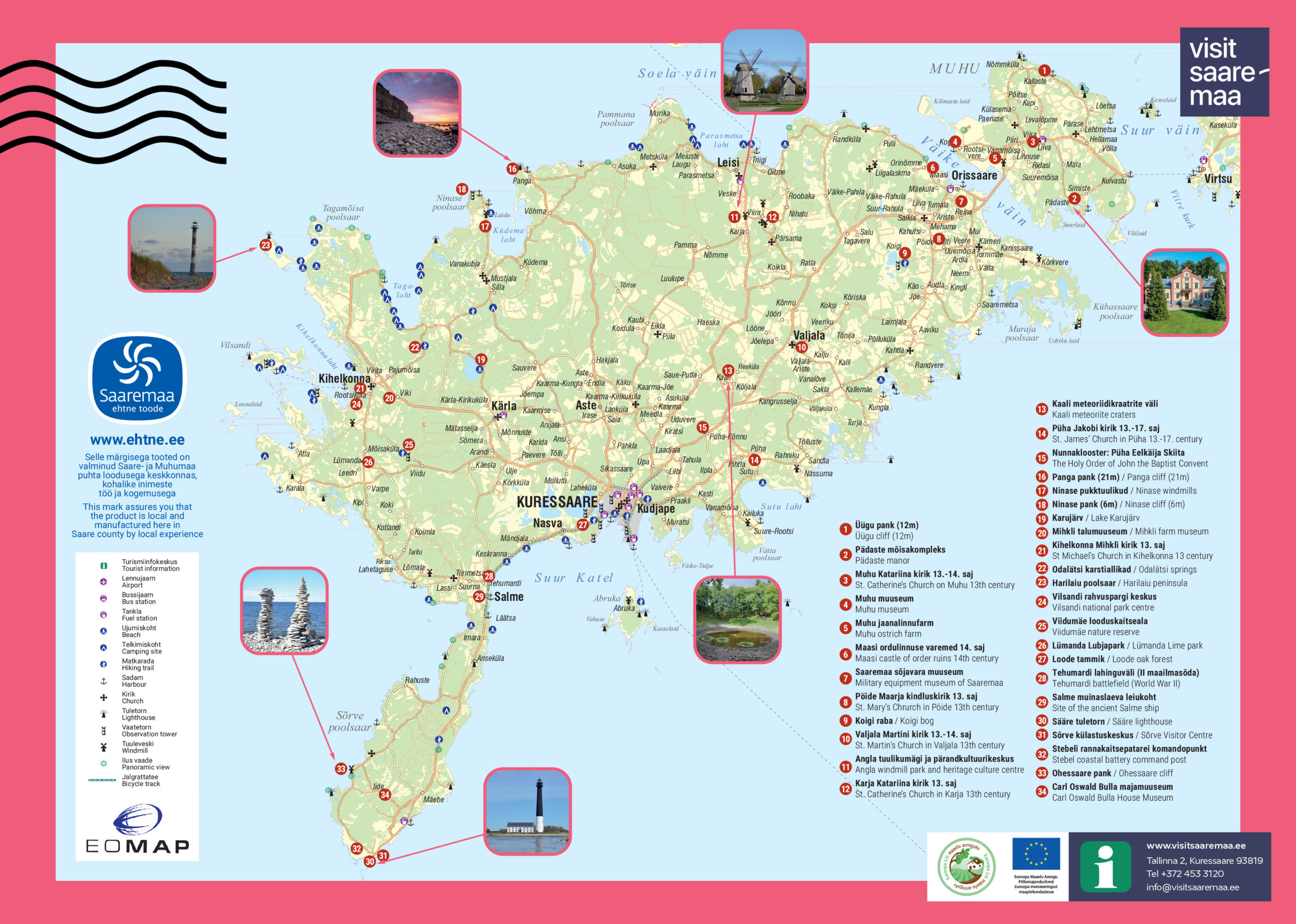 Pritsumaja in Kuressaare
An eye-catching former fire station stands by the Kuressaare town hall. It was built in 1911, except for the stone tower that was built for drying the hosepipes in 1958. Once the new modern depot was built next to the bus station, the old one was left to tenants. Today, the building is a private property and is a home to the Pritsumaja Grill & Bar Restaurant. Good to know: One of the very first voluntary fire societies in Estonia was established in Kuressaare (1867).
Tallinna tänav , Kuressaare linn, Saaremaa vald, 93819
Loona manor
Small Loona manor-house in Kihelkonna is a vivid example of a long and complex story of reaching it's present form. Oldest parts of the building date back to Middle Ages, the cellar uses battlements of an old vassal-castle. Next major stage of building took place in 1785-6, when the building was given most of it's present appearance. Good to know: A pleasant park is attached to the complex. It used to have a multitude of park pavilions in a variety of designs, and decorative details made of dolomite, such as a lion statue, crater vases etc.
Loona küla, Saaremaa vald, 93431
Vilsandi Lighthouse
Vilsandi Lighthouse was built in 1809. The important lighthouse was renovated several times, the most recent extensive repairs were done in 1957 and the lighthouse has not changed since. The period from 1910 to 1941, when the lighthouse was managed by Mr Artur Toom, was one of the most interesting in the history of Vilsandi Lighthouse. He established the Vaika Bird Protection Area, which grew into Vilsandi National Park. Interesting facts: • The height of Vilsandi Lighthouse from its foot is 37 metres and it is 40 metres above sea level. • Visibility from Vilsandi Lighthouse is 18 nautical miles.
Vilsandi küla, Saaremaa vald, 93421
Valjala hill fort
The diameter of the round-oval shaped hill fort constitutes 120 m from the northeast to the southwest and 110 m from the southeast to the northwest, the height of the outer slope constitutes 5-8 m. The inner slope and the ridge of the wall are covered with rubble from the slate walls once laid on the rampart. Good to know: The first archaeological excavations were carried out in Valjala in 1895. An unexpected lucky discovery was an embellished hilt. The area of the yard is approx. 3600 m².
Valjala alevik, Saaremaa vald, 94302
Muhu Museum
The village of Koguva on the west coast of Muhu Island is one of the most outstanding examples of Estonian peasant architecture. The village with its unique landscape has somewhat exceptional history. Free peasants who were never subjected to serfdom used to live here. Attractions: farm architecture, Muhu folk costumes, an old village school, various exhibitions on Muhu history, art exhibitions, and a museum shop. Good to know: the museum was opened in 1973 at the birthplace of writer Juhan Smuuli at Tooma Farm. In 1990, it was named the Muhu Museum. The museum is located in four farms. You can get tickets and a map of the village from Tooma Farm.
Koguva küla, Muhu vald, 94724
Lümanda Lime Park
The theme park offers services both indoors and outdoors. Activities take place all year round, but in the low season, you can visit the park by reservation only. In the lime park, you can walk on the hiking trail and learn about the lime production process based on old lime kilns. It is also possible to have a picnic. The theme park is also open to students and lecturers of educational and research institutions to conduct research.
Mõisaküla, Saaremaa vald, 93317
Boat rental in Kuressaare
A great opportunity to spend quality time with your children or friends rowing around the Kuressaare Episcopal Castle. Boat rental in the moat of Kuressaare Castle is open from June to August in fine weather. Life jackets are available for both adults and children.0.5 hours – 6 € 1 h – 10 € The price includes a life jacket.
Lossipark , Kuressaare linn, Saaremaa vald, 93815
Saaremaa Museum
The Kuressaare episcopal castle, also known as the Kuressaare Castle, was built in the 14th century. Today, the castle houses the Saaremaa Museum. The permanent exhibition about the history of Saaremaa is in the cloister of the upper floor and in two big halls. The permanent exhibition of contemporary history is made up of two parts. The exhibition "Saaremaa 1939–49", which was completed in 2005, is in the three halls of the northeastern wing of the castle. The 2011 exhibition "Saaremaa 1950–94" is on the four floors of the Defence Tower. The department of nature of the Saaremaa Museum shows the bedrock, climate, and coast of Saaremaa. Children will find the department of nature especially exciting thanks to its different animals and birds.
Lossihoov 1, Kuressaare linn, Saaremaa vald, 93810
Blesta rocks
The idea of the memorial comes from the Abal Order, stating that land had started to emerge from the sea after a number of catastrophes, taking place approximately 20,000 years ago. Saaremaa - the Mother Island was among the first pieces of earth, emerging from the sea 12,000 years ago. Good to know: The Blesta Rock is dedicated to the "beautiful Northern goddess" Blesta.
Allikalahe küla, Saaremaa vald, 94435